Since its founding in March of 2010, Girls & Football SA has received four awards. Read about the awards here!

For Our Girl-Centered Design:

Girls & Football SA has been selected as a winner in the 2012 Girl Effect Challenge. Girls & Football SA is a leader in its field through girl-centered sport programming. We are honored to have been chosen from all the amazing participants and are proud to be associated with The Girl Effect.

Girls & Football SA won “Best Documentary” at the Festival du TV et Cinema in Beirut, Lebanon, which represents the second biggest film festival in the Middle East region. It is the first time that this award has been given to a female director and a female led initiative since 1939, when the awards and film festival were founded. We are incredibly honored to have received this award.

Girls & Football SA received the “Best Research Paper” award at the Interdisciplinary Centre of Excellence for Sports Science and Development Conference. Our academic research, gathered through key informant interviews with both female and male football players highlights the importance of football as a tool for development for girls and young women.

For Our Sport and Business Plan:

The National Committee for International Co-Operation and Sustainable Development, together with Ashoka Changemakers and Nike, awarded Girls & Football SA the first prize in the Sport and Business Plan Challenge. Girls & Football SA is thrilled to be recognized by key players in the field of sport development. 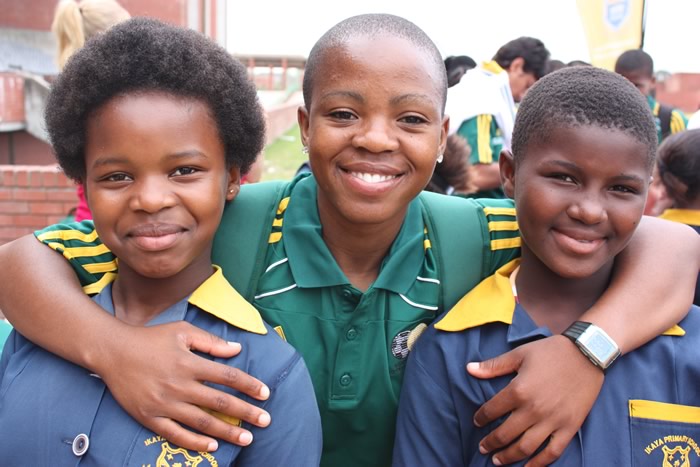 Girls & Football is a proud YouthSpark project through Microsoft

Why I Love Being a Girl